It seems like an image straight out of a dream or a Dr. Seuss book – penguins in the tropics. You’d almost expect them to be wearing sunglasses and sunbathing under a beach umbrella with a cocktail in flipper. Despite how farfetched it might all seem, Galapagos penguins might be the closest you’ll ever get to such a sight. It will also be one of Galapagos Big15 you will be checking off of your list!

Size Isn’t All That Matters

Unlike their most famous cousins, the emperor penguins, Galapagos penguins are actually the second smallest of their species. Reaching up to 50 centimeters in height and weighing around 2 kilograms, the Spheniscus mendiculus is the only species in the penguin family to inhabit a tropical region. What differentiates this from other penguins is a distinctive white border that runs from the outer corner of its eyes all the way down to their chin in a circular pattern. They are covered in black, grey, and white feathers, which makes it easier to tell their age since youngsters are primarily covered with soft grey feathers and they don’t have the white mark on their faces. 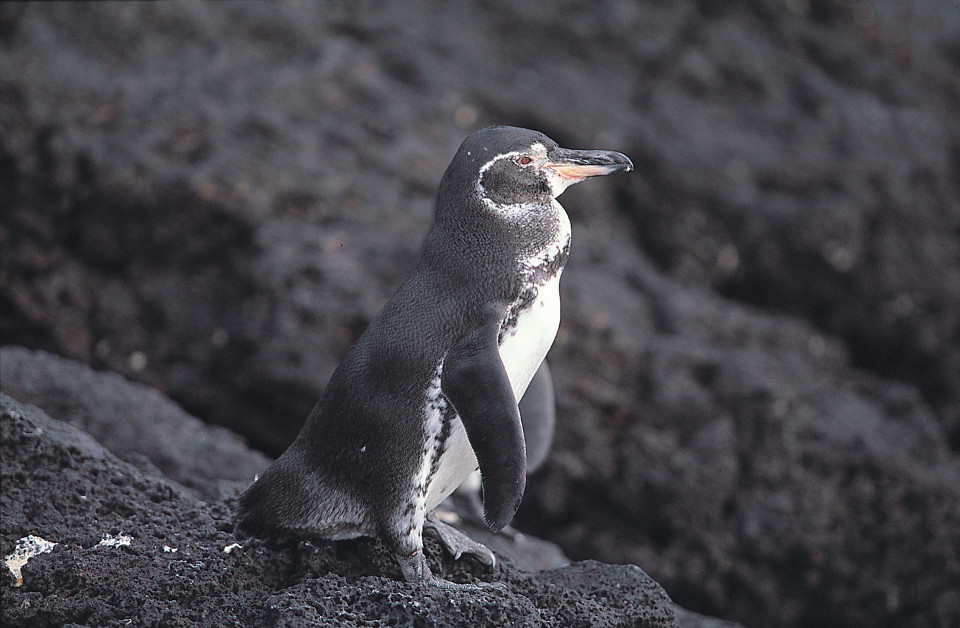 Check out our Galapagos itineraries to experience these amazing species!

Pros in Their Field

Usually underestimated by their size, Galapagos penguins are really fast swimmers. Don’t expect to swim alongside one of these little fellas as you would next to a slow sea turtle! Consequently, getting a glimpse of them underwater will be a challenge. They might walk slowly and funny on land, but they are quite the Michael Phelps in their comfort zone, underwater.

Also, some people wonder about the Galapagos penguin’s posture. When on land, you will see them slightly hunched. Due to the islands higher temperatures and direct exposure to the sun, penguins hunch a little in order to create shade and keep their sun-sensitive feet from burning. 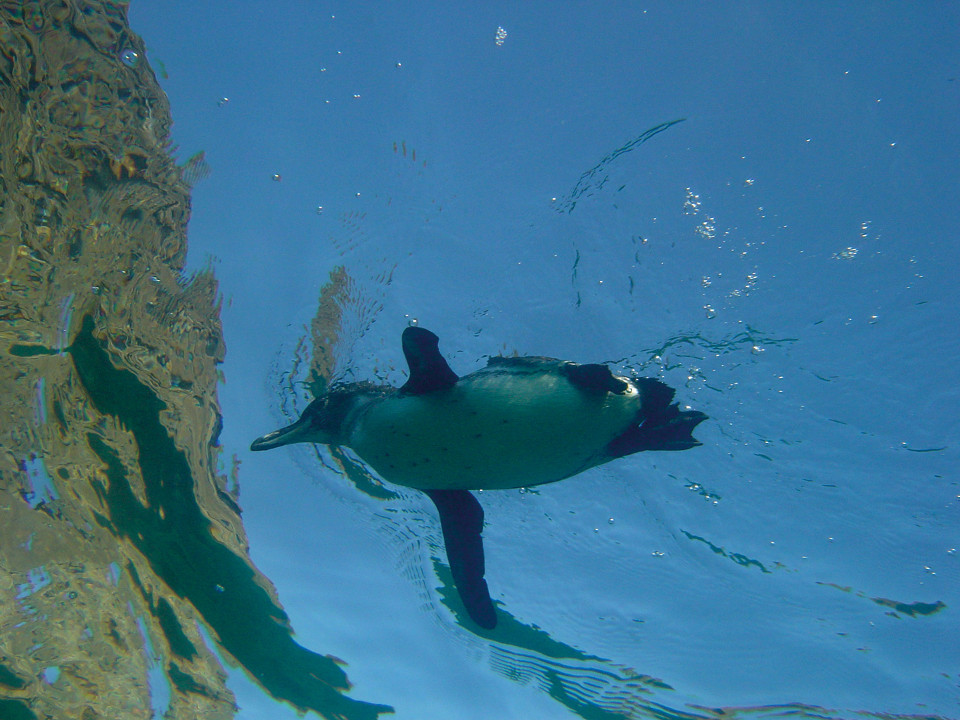 Penguins are a few of the species in the world that mate for life. From the first moment they meet, they will show affection by hugging and tapping each other’s backs with their fins. They will also tap their beaks, much like an eskimo kiss. Unlike other regions in the world, the mating season of Galapagos penguins is based on upwelling, which allows them to breed up to three times a year.

When nesting, Galapagos penguins use the cracks and depressions in lava rock to protect their eggs from the equatorial sun. Both male and female incubate the eggs and, once they hatch 40 days later, will both bring back food until the chicks are old enough to leave the nest. 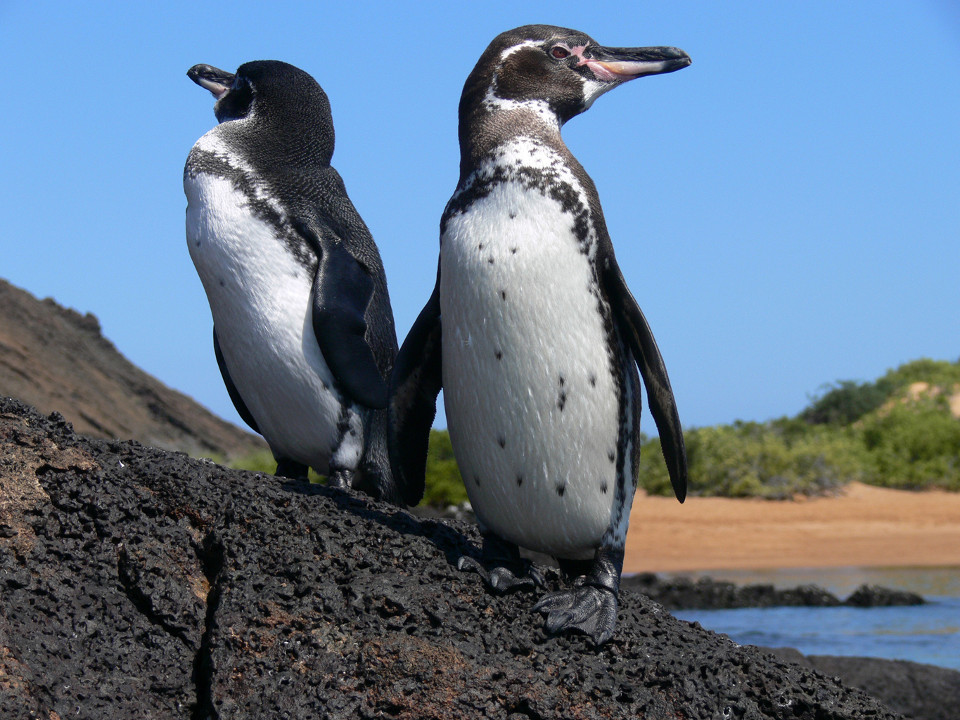 The Galapagos penguin mates for life

Beauty is in the Dance of the Beholder

Depending mostly on their body language and calls to communicate with each other, you’ll find that the gestures and noises that these quirky creatures make are truly out of this world. The sound coming out of their beaks are more similar to a donkey than an actual bird, and they make it to either identify their mate or offspring. Their flapping wings, too, look more like a bizarre dance, which is done to attract mates or drive off predators.

The majority of Galapagos penguins tend to congregate in islands such as Fernandina and Isabela, so be sure to include them in your itinerary if you hope to see them! Keep in mind that they still frequent Santiago, Bartolome, Floreana, and northern Santa Cruz as well, but in much smaller numbers and much more rarely.