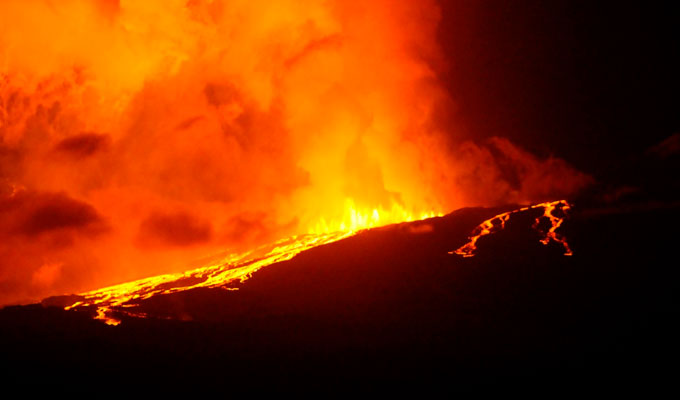 The Galapagos Archipelago is considered to be one of the most volcanically active areas in the world. As if to prove this point, four of its volcanoes have erupted in the last 11 years alone (Sierra Negra, 2005; Cerro Azul, 2008; Fernandina, 2009; and, Wolf Volcano, 2015). Read about the Galapagos Volcanic Activity…

The volcanic history of the Galapagos Islands is a subject of intense debate in the scientific community; however, it was recently determined that the hot spot that the archipelago sits on, and which is responsible for its formation, has been highly active for at least 16 million years. We say “at least” because the evidence that could prove the true age of the archipelago has long since sunk beneath the earth’s crust, making carbon dating impossible.

When the volcanoes are no longer active they are ever so slowly being pushed towards the South American Plate, and eventually become crushed beneath it, sinking into oblivion. Nevertheless, experts have recently discovered traces of volcanoes dating from the Miocene Period (23.03 to 5.332 million years ago) on the ocean floor. This data is further supported by ashes from the Galapagos Hotspot that were found 1200 kilometers from their point of origin. Considering that the Nazca Plate moves about 77 mm a year, this discovery is of significant importance for the geologic community and understanding the true age of the archipelago. 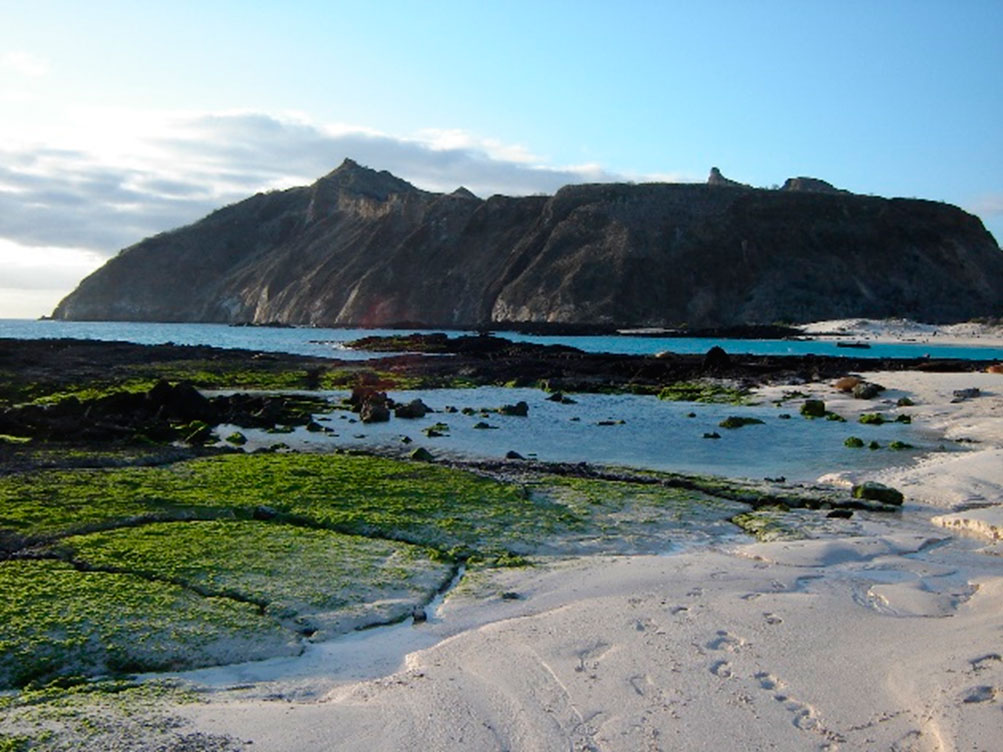 Although the Galapagos Islands have long been known as a highly active geological area, a study carried out in 2000 reported significant findings on the true extent of this activity. A team of specialists used a technique known as synthetic aperture radar interferometry to collect satellite images of the archipelago on five separate days between 1992 and 1999. These images revealed slight changes in the shape of the volcanoes during the period that the study was conducted for. Experts currently believe that this movement is a result of the buildup or withdrawal of magma within the volcanic calderas; thus, the slightest alteration in the shape of a volcano is an excellent indicator of future volcanic activity. Based on this study, the team determined that six of the seven volcanoes (one on Fernandina and six on Isabela Island) were experiencing volcanic activity. Sierra Negra, Wolf, Darwin and Alcedo revealed the highest activity levels, with Sierra Negra rising close to nine feet. In fact, this volcano erupted five years later. As a result of this study, the Galapagos Islands are officially the only area in the world where six active volcanoes can be found within just 160 square kilometers.

Wolf Volcano on Isabela Island was the most recent volcano to erupt in the archipelago, beginning just a little over one year ago on May 25. Its first eruption in 33 years, smoke climbed approximately 10 km. into the air and lava flows extend into the sea, not stopping until three days later on May 28. The scientific community was concerned about the effects the eruption would have on the wildlife inhabiting the surrounding areas; however, while approximately 40,600 tons of sulfur dioxide were cast into the air every day, the eruption produced very little ash, significantly lessening the impact felt by the local wildlife.

Few inhabitants of the island faced any danger during the explosion, largely thanks to the weak lava flow and low explosiveness of the eruption. Additionally, no humans were considered to be at risk, as the only humans on the island live in Puerto Villamil, which is 115 km. from the volcano. However, concern quickly arose for the nearby pink iguana population. The entire global population of pink iguana is found at the base of the volcano, and its numbers are dangerously low.

The pink iguana was only discovered in 1986 and was only recently proven to be its own species at the turn of the century. Scientists believe that it diverged from the Galapagos yellow iguana over 5.7 million years ago and, furthermore, is the only living ancestor of the original land iguanas that arrived at the archipelago. Nevertheless, park officials declared the iguanas to be free from danger within just a couple of days. The flows had missed them by a mere 6 km.