The Tricks of the Galapagos Lava Lizards 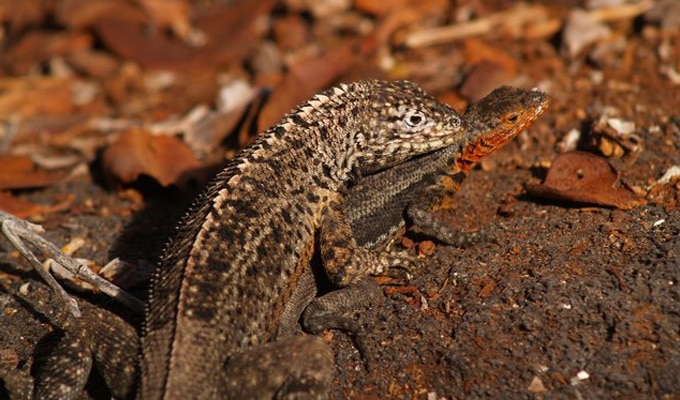 A shifting leaf, the flick of a tail…small Galapagos lava lizards are normally impossible to observe up close – slipping away almost instantaneously. But lava lizards, like all animals in this enchanting archipelago, are unafraid of humans and, if anything, sit posing for a photo. The Galapagos lava lizard inhabits all of the main Galapagos Islands with the exception of Darwin and Wolf, so whether you’re there to enjoy the gorgeous beaches or explore the rocky trails brimming with life, you are bound to spot several of them.

Although it is not a well-known fact, Galapagos lava lizards are an excellent example of Charles Darwin’s theory of evolution by natural selection, similar to the case of the Galapagos finches. With the exception of one species, each of the seven species lives on just one island, and, like the finches, they reveal slight adaptations based on their specific habitat. Experts strongly believe that they all originated from one common ancestor, and evolved into separate species over time due to the physical barriers that divide the islands. The seventh species, which lives on all of the western and central islands, also supports this theory. Scientists believe that these islands were connected at one point in history, allowing the lizard to travel as it pleased until they were recently (in geological terms) separated into several different islands. As you explore the islands, try to observe the ever-so-slight variations in shape, color, and behavior that they exhibit. 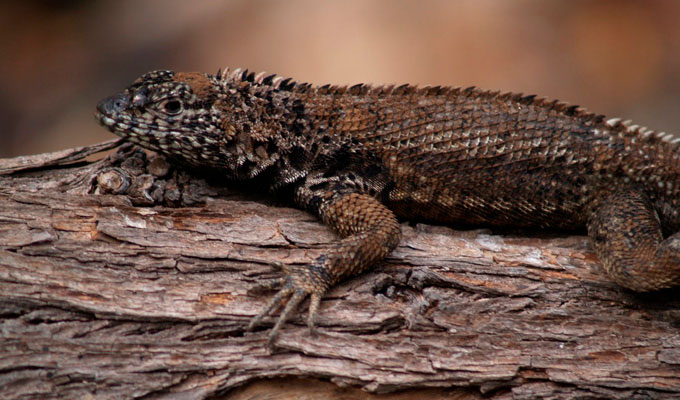 Lava lizards are commonly found around the Galapagos Islands

Even so, the differences between these lizards are almost imperceptible. In general, the lizards are approximately 5 to 6 inches long and can be recognized by their slim bodies, pointed heads and long tails; however, they can grow up to a foot in length. Lava lizards are quite beautiful and display a variety of designs and colors ranging from grey speckles to bright gold stripes. Ye, these patterns cannot be used to distinguish species, as they can vary significantly among the individuals of a single species. Females can easily be recognized because of their bright red throats while males tend to be more colorful in general and also larger.

It is not unusual to see Galapagos lava lizards sitting upon a rock or any visible space performing what appears to be a type of push-up. However, this act is not an attempt to build muscle, but rather to protect their territories. Male Galapagos lava lizards are extremely territorial and, with territories reaching up to 400 square meters, work very hard to protect their land and females from other males. If ineffective against intruders, these displays can even turn into tail slapping and biting. Females also perform ‘push-ups,’ but much less aggressively.

Galapagos Lava lizards can be seen proudly protecting their territories year-round; however, this behavior significantly increases during mating season, which generally peaks during the rainy months. Males often attempt to sneak into neighboring territories to mate with other females, and so males spend significant amounts of time storming around their land, working to protect their females.

Just as they have creative mechanisms to protect their territory, Galapagos lava lizards have particularly interesting techniques to protect themselves against predators. If a lizard feels extremely threatened, it will actually change color in order to better blend into its environment, a technique known as camouflage. They also have the unusual ability to drop their tail as an escape mechanism. In the event that a predator grabs hold of their long tail, they can release it and escape as the prey is distracted by the still wiggling tail. However, while this technique can be vital at times, it also is a handicap. The lizards are able to regrow their tails, but they very rarely grow to their original length, thus decreasing their potential to breed, given that mates are attracted to long tails. 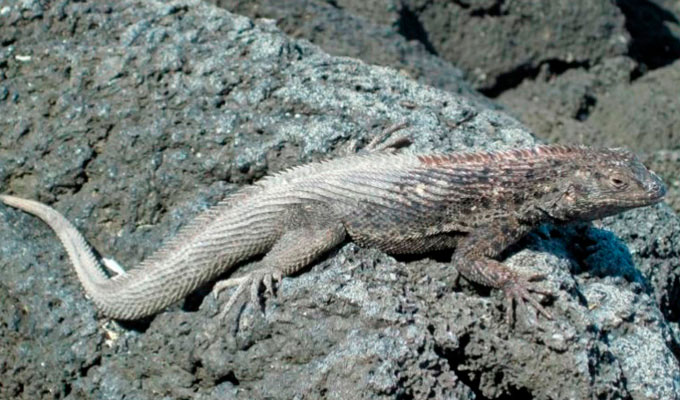 Lava lizards will not be found in the islands of Genovesa, Darwin, and Wolf

Happily, unlike many animals in the archipelago, the Galapagos lava lizard populations have not been too hard hit by extreme climatic events that have been impacting the archipelago with increasing frequency. This is in part due to their variable diet, which ranges anywhere from moths and flies to beetles, spiders, ants, and even plants. This assorted diet makes its role in controlling insect populations critical. So be sure to thank the Galapagos lava lizards for the limited amount of flies and mosquitos in the archipelago! 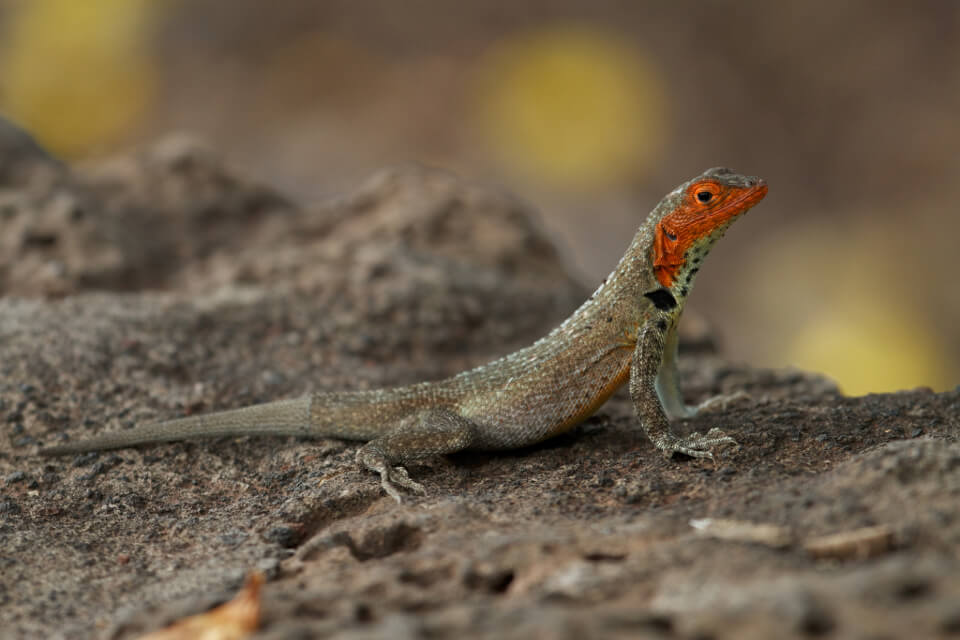 The Galapagos lava lizards can be found on a wide variety of islands in the archipelago, including Floreana, San Cristobal, Isabela, Santiago, Española, North Seymour, and Fernandina. Check out our itineraries where these islands are included!