The Evolutionary Mystery of the Flightless Cormorant in Galapagos 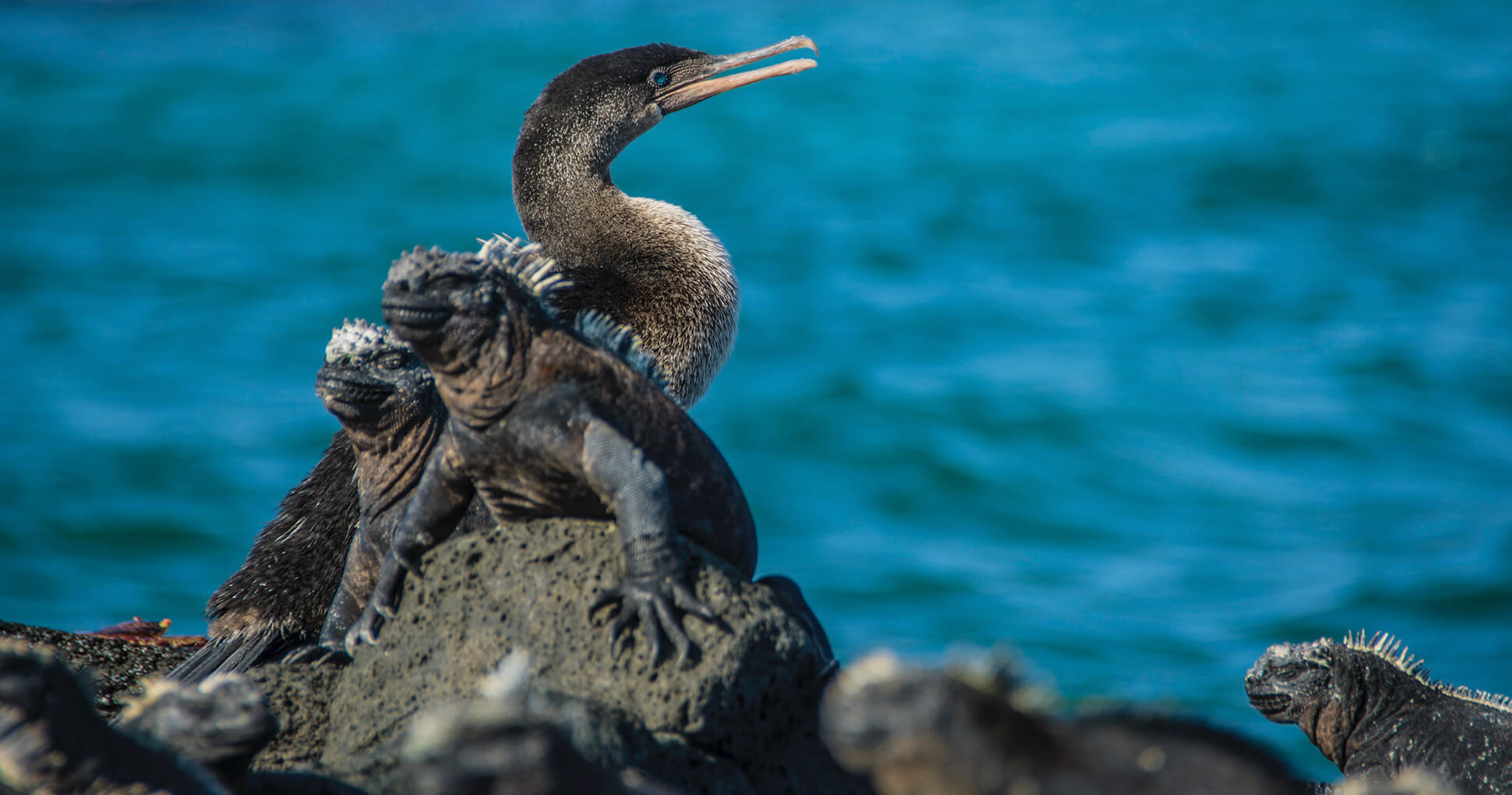 We’ve all dreamt of being able to fly. It’s a longing that probably originated the moment we looked up and marveled at the birds as they soared across the great blue sky, wondering what it must be like to admire the world from high above. Human imagination and science have both given us the ability to do such a thing, and these have fortunately never been taken away from us. But what if evolution took that away from the very birds that inspired us to fly? For them, would the fall from grace be as blunt and backward as it sounds? In the Galapagos, we can visually experience such a case in nature. It seems that only a select group of cormorants in the entire world have been picked for such a peculiar adaptation, and these are the flightless cormorants (Phalacrocorax harrisi) of the Galapagos. In this blog, we briefly sift through the different theories that have been presented to try to decipher the mystery behind these cormorants and their long-forgotten ability to fly.

Forgotten Wings: The Peculiar Case of a Bird That Lost its Ability to Fly

It is believed that the Galapagos cormorant diverged from its flying relatives approximately 2 million years ago. To put just how recent this was into perspective: ostriches, kiwis, and emus picked up the flightless trait more than 50 million years ago.

The flightless cormorant still has a pair of vestigial wings that serve as a clue for why flightlessness might have occurred. With its large body and tiny wings, the bird resembles an overgrown baby bird – a characteristic that serves as the perfect visual evidence for scientists to posit that a mutation might have occurred in coding and non-coding regions of their DNA. It would appear that the mutation might have caused the birds to retain juvenile characteristics that were then carried into adulthood. 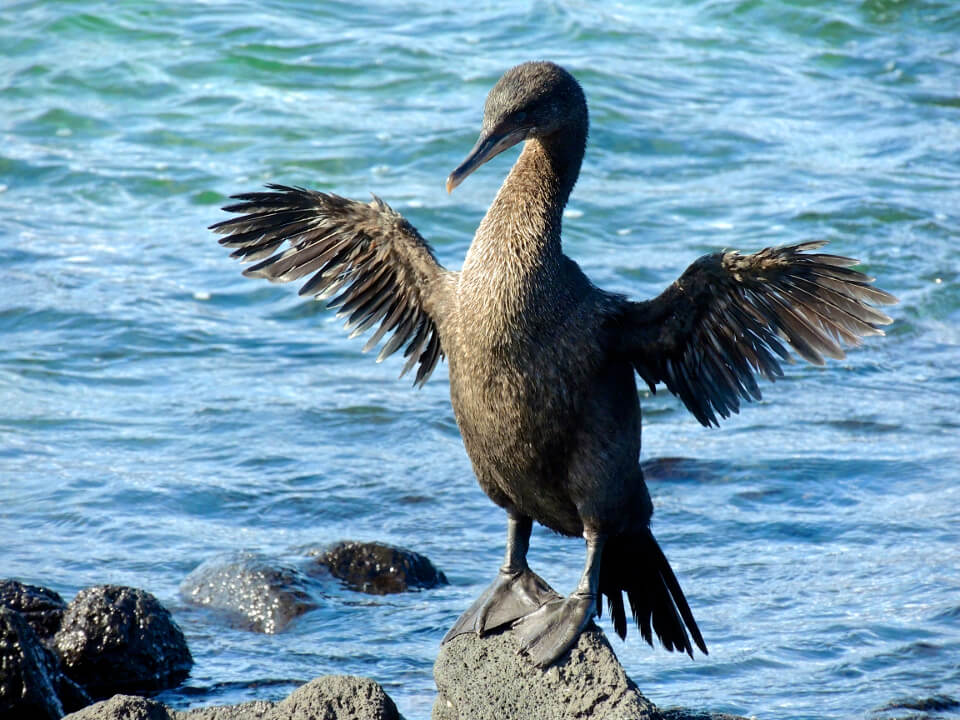 This unique cormorant is endemic to the Galapagos Islands

Charles Darwin, on the other hand, concluded that severe isolation can allow certain species to actually survive given their physical “disadvantages” (as seen from our perspective). One theory posits that food for these creatures must have remained so plentiful in the Galapagos for a long enough time to eventually lessen the need for flying long and short distances to find food. Adding to the needless nature of their wings is the absence of predators – with no need to fly away, the Galapagos cormorant needed its wings less and less. This twofold dynamic is a more nature-oriented approach for why it lost its ability to fly.

Scientists still aren’t quite sure how the flightless cormorant lost its ability to fly and what provoked it to lose its ability to fly. Another possibility is that these Galapagos cormorants simply are making use of the utopian archipelago (which is pretty predator- and pathogen-free). This is one reason these bizarre and ambling species can survive the way it is on the islands.

Where Are Flightless Cormorants Found in Galapagos?

The flightless cormorant in Galapagos is found along the rocky cliffs of Punta Vicente Roca, the volcanic rocks of Fernandina, and the relatively sandy shores of Urbina Bay. All of these are located on the western side of the archipelago, which can be visited on our Western Islands itinerary for Yacht La Pinta.