A Day at Urbina Bay: Looking for Galapagos Tortoises and Land Iguanas

Onboard Yacht La Pinta, we visited Isabela Island in the Galapagos. Isabela is the largest island of this archipelago. It is composed of five volcanoes – Cerro Azul, Sierra Negra, Darwin, Wolf, Alcedo – all of which are actually still considered active! Today we will visit Urbina Bay.

This visitor site is located on the western coast of Isabela, along the center. Geologically speaking, this is a fascinating place. Urbina Bay was formed by an uplifting of the seafloor that occurred in 1954. That year approximately 5 kilometers of the seafloor was raised by a geological event that occurred within one of the island’s many volcanoes.

You can visit Urbina Bay with Yacht La Pinta!

Our visit to Urbina Bay falls on our third morning. It provides our guests with the chance to walk along the sandy shores of the quaint little beach it harbors, as well as swim in its waters.

During our walk, we were able to observe the remnants of marine organisms that were stuck to the rocks. We even found the remains of a coral reef. I can’t even imagine how beautiful this site must have been, probably centuries ago, when those coral reefs were alive and thriving! 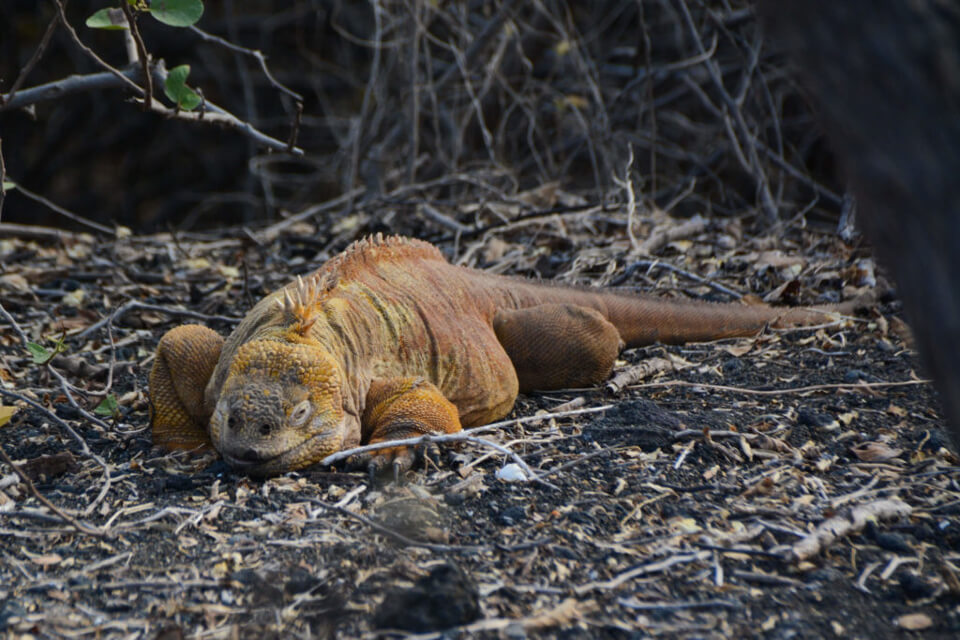 Another of the exciting things that we were able to find in Urbina Bay was a nesting site for Galapagos land iguanas. Land iguanas are opportunistic breeders, which means that they breed when their young have a higher chance of getting food. This results in the Galapagos land iguana breeding during the hot season (December to March), at which point there tends to be more rain and more food. We could see some burrows where the iguanas were resting.

We were lucky enough to see some burrows where the iguanas were resting. They also use these burrows to bury their eggs. During this season, the males of the terrestrial iguanas increase the coloration of their skin to let the females know that they are ready for breeding. Land iguanas are normally of a neutral brown color, but when they are ready to mate, their hormones make them turn a more vibrant yellow – a phenomenon that helps serve as a signal for the female land iguanas that it is time to reproduce. Female land iguanas also release pheromones to attract the male iguanas.

All of the guests were impressed by the huge number of iguanas that we found at this visitor site. I think we found another one every five steps. What a privilege to visit one of the few places in the world where people are able to experience so much wildlife living as freely and peacefully as in the archipelago.

The same thing happened with the Galapagos giant tortoises. As we walked around the island, they were everywhere. It looked as if the rocks were alive, almost as if the rocks themselves were moving … wahoo! What a marvelous visit we had today! Galapagos is always full of surprises with its remarkable wildlife and spectacular landscapes and scenery, you’ll never feel closer to the natural world than here on the enchanted isles! 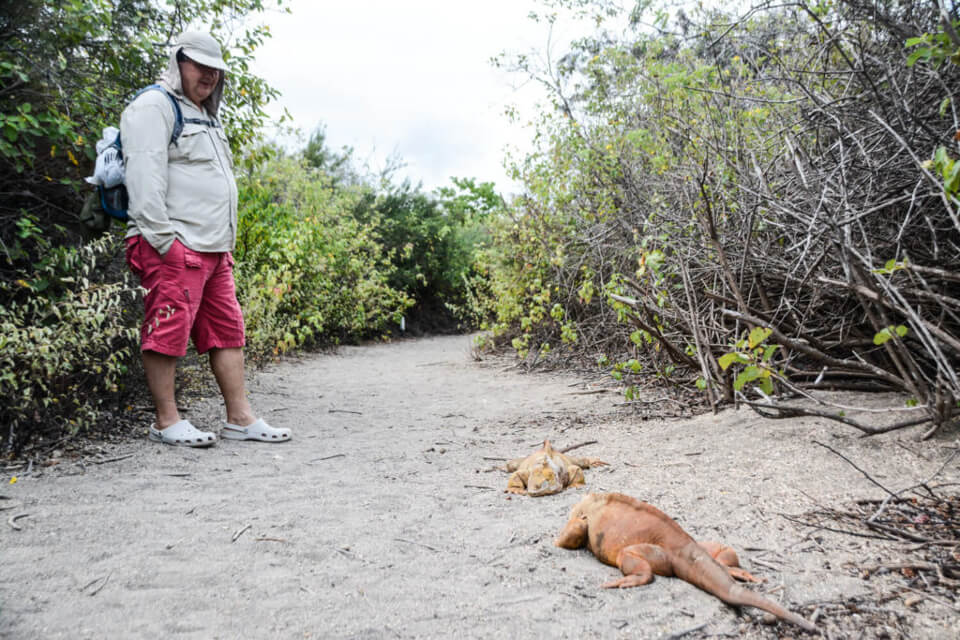 A pair of land iguanas at Urbina Bay, Galapagos islands