Our last eruption report that we published the previous week mentioned that Sierra Negra Volcano showed various fissures that were continuously releasing lava and other volcanic products. As of July 1, the intensity of the eruption had slowed down in many areas and no eruption evidence was readily visible. The local civil defense authorities and National Park Service also assessed the site and rolled back their original decree of not allowing visitors in the nearby overlook point of Sierra Negra Volcano.

Visitors are now allowed to reach the rim of the volcano at the site called “El Cura,” and can walk along with the overlook point #2. Additionally, the 50+ residents of the highlands that were evacuated just a few days ago have returned to their respective homes and farms. 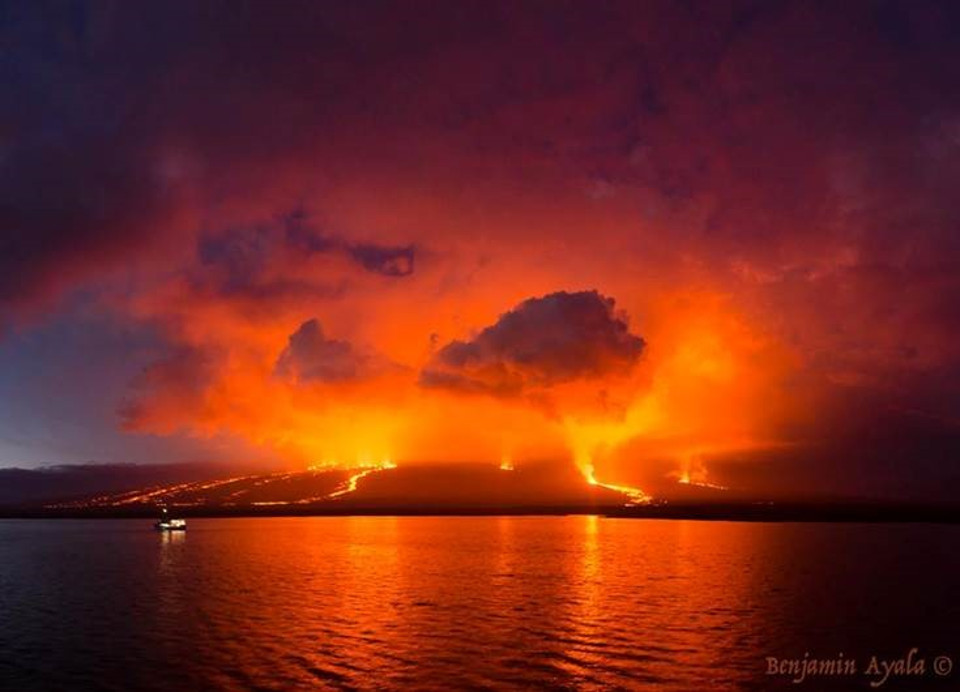 Lately, as of Thursday, July 5th, a new swarm of tremors has been detected under the caldera floor, with one seismic event measured at 4.9 on the Richter scale. Geologists understand that new molten rock has internally entered the volcano’s magma chamber and that fluids are now moving underneath the volcano. Therefore, the interpretation of this process is that this particular eruptive event has not ended, and that, although fluid lava may not be visible, the volcano, at least internally, continues its eruptive process. Our vessels’ itineraries have not been modified, and whenever we are exploring the western side of the archipelago, as is part of our regular programs, our Expedition Leaders and Captains will be sure to assess the local conditions in order to launch a nocturnal voyage along the shoreline for some of the best views of the eruption. In fact, this very evening, our sister’s vessel – Yacht Isabela II – will be passing alongside this exact region of the island – hopefully, we’ll be fortunate enough to see something spectacular! And don’t worry: more detailed reports, pictures, and videos will be shared as they become available!

None of these tectonic-volcanic events are to be associated with similar events like those of the mainland or other volcanic islands. The Galapagos Islands are on top of the Galapagos Hot Spot which is a separate plume. According to the USGS, here’s the very latest seismic activity of this area: 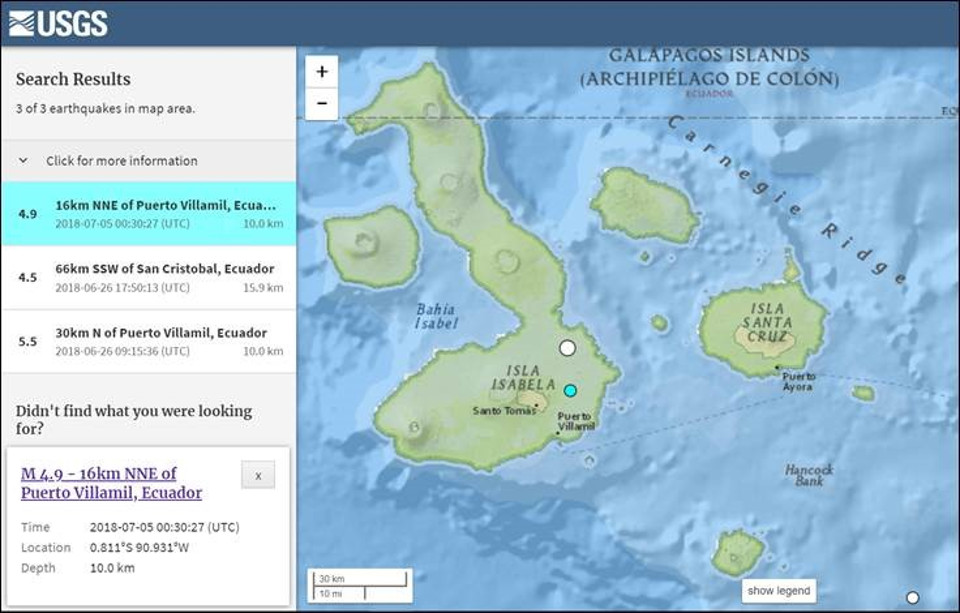