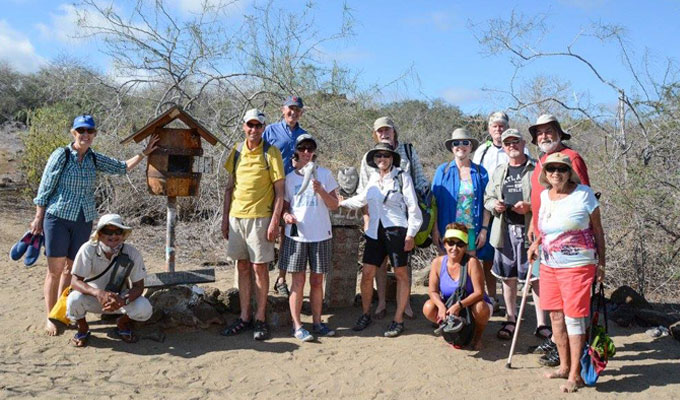 The Galapagos Archipelago, Charles Darwin, giant tortoises and…one of the world’s first post offices?? The Galapagos Islands are world-renowned for the answers they have provided to evolutionary thought; however, few are familiar with the fully functional – although not altogether conventional – mail service that it has had since the late 1700s, even before the first settlers arrived at the islands. Learn about the Post Office Bay in Galapagos.

In the 18th century, before any permanent residents had even stepped foot on the Galapagos Islands, whalers frequently used it as a resting and refueling point. Whaling ships often spent several years at sea before returning home, and communication (in the days before Facebook and smartphones) with their families was exceedingly difficult, so they devised a solution. 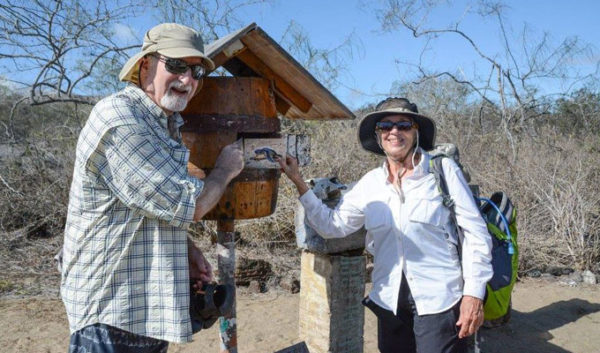 The Galapagos Islands post office besides being a touristic site is also an actual working post office!

In the early 1700s, a barrel was placed on Floreana Island, creating what is now known as Post Office Bay. Homesick sailors would leave addressed letters in the barrel, but without a stamp, they were posted with mere trust in the kindness of others. Other ships that stopped in the islands would typically stop by this barrel to post their own letters, but also pick up any letters that happened to be addressed to their place of destination, proceeding to hand-deliver the letters themselves. These letters were often not delivered for over a year or more but left with no alternative, sailors had to hope for the best. At the time this system was put in place, the international post was an extremely young and unknown concept, so technically speaking, these nostalgic sailors were quite ahead of their time.

The Galapagos Islands have exceedingly few visitors sites known specifically for the influence of man and not nature- in fact, Post Office Bay might be the only one. Nevertheless, it is a rich and rather romantic history, as thousands upon thousands of ships have stopped by Floreana to keep this system alive, and indeed, the tradition continues today, although the objective is slightly altered.

This popular Galapagos landmark is part of Yacht La Pinta’s itinerary! Make sure you visit it on your vacation!

The barrel at Post Office Bay is not the original barrel, but with the amount of debris, placards, and memorabilia covered in graffiti and stickers cementing traveler’s adventures, it certainly looks the part – in fact, the barrel sitting in the middle of all this perhaps looks more like a fantastical mailbox on a remote island than it ever did.

Post Office Bay has become a very popular site among tourists in the Galapagos Islands. Thousands visit every week to drop off a letter of their own and search through the barrel’s contents to see if they can find one they could deliver. In fact, this process has become quite a show. Tourists excitedly gather around the barrel, peering over shoulders to get a glimpse of this historic site as others call out the destinations of letters they find, hoping that someone in the group might be traveling that way. This is the only site in the archipelago where the general rule to “leave only footprints, take only pictures” is not enforced. 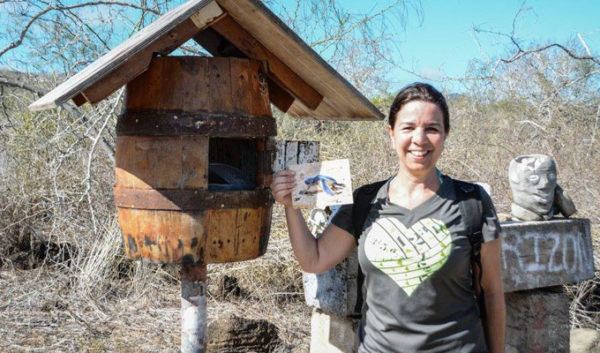 Visitors can leave their postcards!

While visitors to this site certainly show their excitement in participating in the centuries-old system, the magic is slowly dying due to the convenience of modern mail systems. As of late, many people have simply been sticking a stamp on the letter and mailing it from their home, even when the destination is just a few towns away. The true beauty of this tradition lies in the practice of hand-delivering the letter and explaining its story to the recipient, no matter how long this takes. All tourists are strongly encouraged to keep this tradition alive and maintain the depth of the communication.

Other things to see

However, there is much more to this bay than just an old, cluttered barrel. Not far from Post Office Bay, visitors may visit a stunning lava cave, which formed ages ago from a volcanic eruption. As the lava flowed across the island, the outer lava cooled and hardened, while the inner molten lava quickly flowed through it until it emptied further on. Today this lava tube appears to be an old tunnel, but visitors can descend into it and explore several hundred yards into the lava flow. There is also a spectacular lookout point known as Baroness Viewpoint nearby. The site provides a stunning view of the topography of Floreana and from here tourists can observe a variety of flora and fauna that inhabits the island.