August is starting and, in the Galapagos, wildlife goes on uninterrupted. Such is the case with Galapagos sea lions that are seen throughout the archipelago all year long. This member of our Galapagos Big15 list of iconic species (not to mention a definitive favorite by both locals and visitors) is probably one of the most photogenic animals in the archipelago. However, it’s probably Galapagos sea lion pups that take the prize for being the cutest animal in the Galapagos. Tiny, furry bodies, big innocent eyes, and playful dispositions will steal your heart and occupy most of your Galapagos photo album. Before boarding the magical La Pinta Yacht, read on to learn more about this beautiful animal during pupping season. And try not to melt when you run into one. But beware, we can’t guarantee that you won’t.

With the cold currents and fresher air of the dry season, waters get filled with both life and nourishment, making it the perfect time for numerous species to give birth and take advantage of the food surplus. Food surplus translates into productive breastfeeding and stronger pups. Even though sea lion babies are born all year long, it’s a more common sight during the months of August, September and sometimes October – the peak months of the dry season. 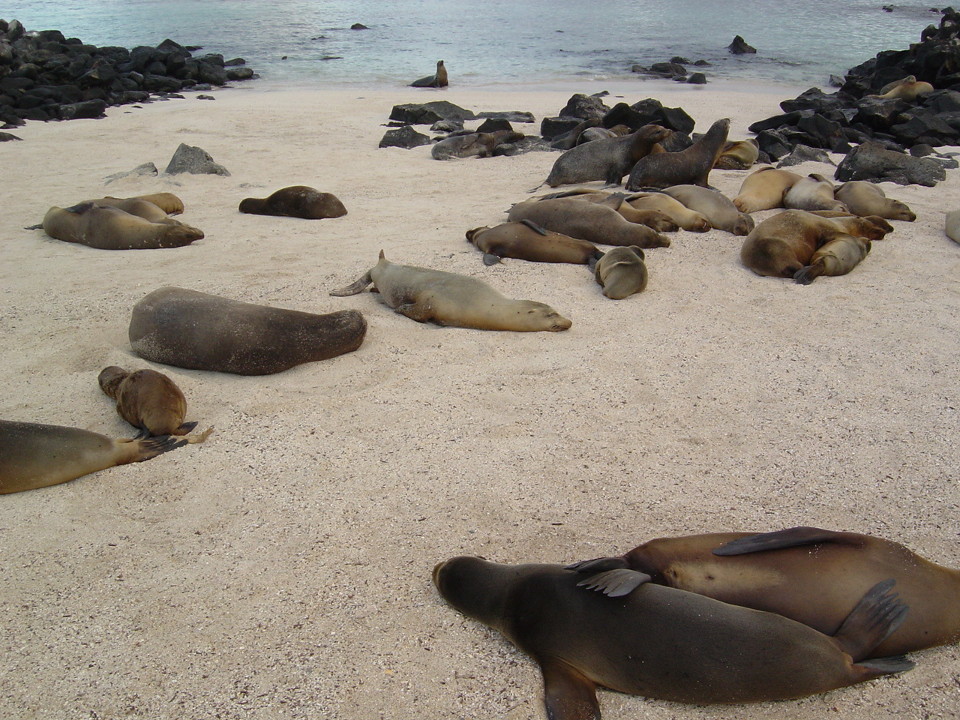 Galapagos sea lions are known to have the astonishing ability to get pregnant right away after giving birth, sometimes as soon as a week or two after. Because sea lions have a gestation period of 9 months, that means that the next pup would be born in the month of May, during the hot season, when food is scarcer. Because this is such an inconvenient time to give birth, something called delayed implantation takes place. This means the fertilized egg floats around its mother’s uterus for as long as three months without developing. When the time is right, the egg is implanted in the uterine wall, where it continues to develop normally. Delayed implantation is an adaptive measure that assures that the pup will be born when environmental conditions are at their best.

The pup will spend its first week after being born nursing with its mother. Soon after, the mother will leave the pup on the beach on its own to go into the sea and find food. Animal species have different ways of recognizing their babies that are very similar in appearance to other babies of the same species. For example, blue-footed boobies create a perimeter that works as a nest and are what parents use to recognize their baby. In the case of sea lions, mothers utter a special bark that is recognized by its pup. Pups usually answer back, until both mother and baby find each other. However, the mother won’t feed the baby until it has smelled it and confirmed it is hers. 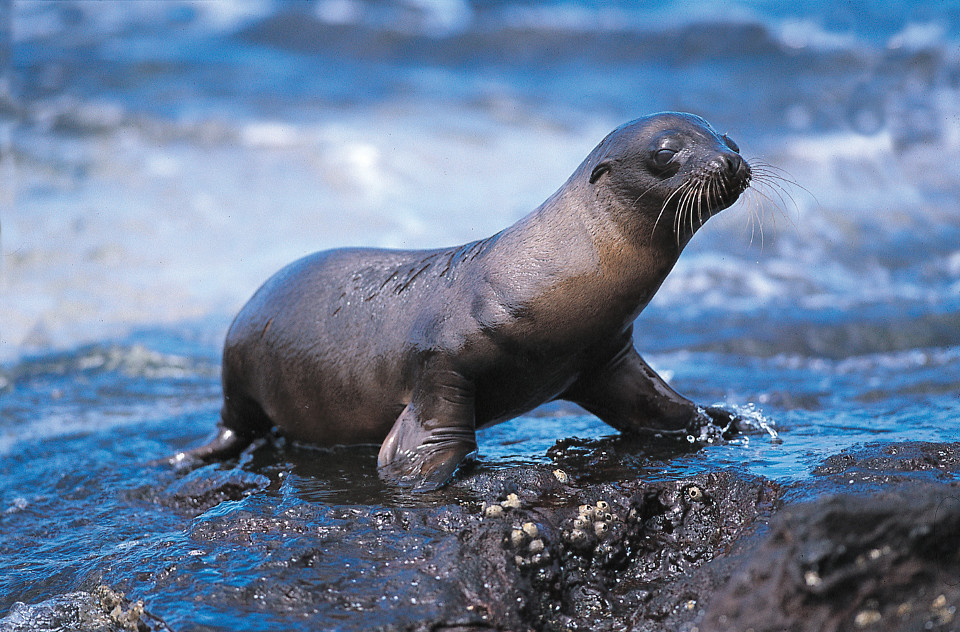 Even though Galapagos sea lion pups are unbearably cute, it is very important that you try not to touch or pet it. It’s not only forbidden by the Galapagos National Park, but it could also be fatal for the baby. No animal in the Galapagos can be touched, as stated in the National Park regulations. This not only helps keep visitors from getting hurt by a nervous or scared animal, regardless of how unafraid the Galapagos wildlife is of human presence but also helps keep wildlife as undisturbed as possible. In the case of sea lions, if a pup were to be touched by a human, its mother would be able to smell the human on the pup and will immediately reject it, leaving it to die. So, if you happen to see a cute little sea lion pup on one of your explorations, remember to only take a picture of it back with you to the boat.