Chinese Hat is a small islet located just off the coast of Santiago Island in the Galapagos archipelago. From our cruise on board Yacht La Pinta, we have come to visit this island, which can be a great place for spotting Galapagos penguins!

We begin in the afternoon with a coastal exploration and swimming activities. As we explore the coast on a panga ride, we are able to observe the immense lava field located on Santiago Island. We can see its volcanic cones, solidified lava flows, and the Opuntia cactus that grow in that landscape, the only vegetation that can survive those dry conditions. 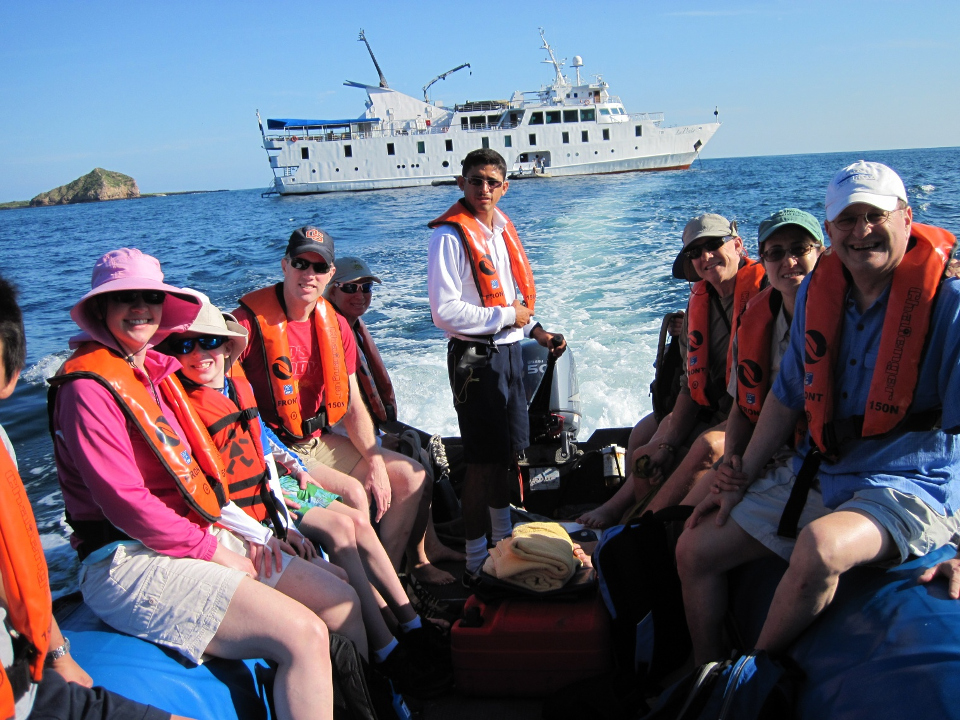 You can enjoy this wonderful snorkeling site with Yacht La Pinta!

This set of elements makes up the magnificent scenery that we can observe, and very carefully along the coast, we all look for the famous Galapagos penguins. These penguins are a unique species. Most penguins live in the Antarctic region or in the southern tips of continents in the Southern Hemisphere. Galapagos penguins are the only ones that can be found north of the equator, or in tropical waters for that matter! The task of finding them is not easy, due to their plumage, composed of black and white colors, which helps them camouflage between rocks. They are difficult to locate at first sight. Penguins have predators such as sharks and killer whales. This is the main reason for developing camouflage between rocks. 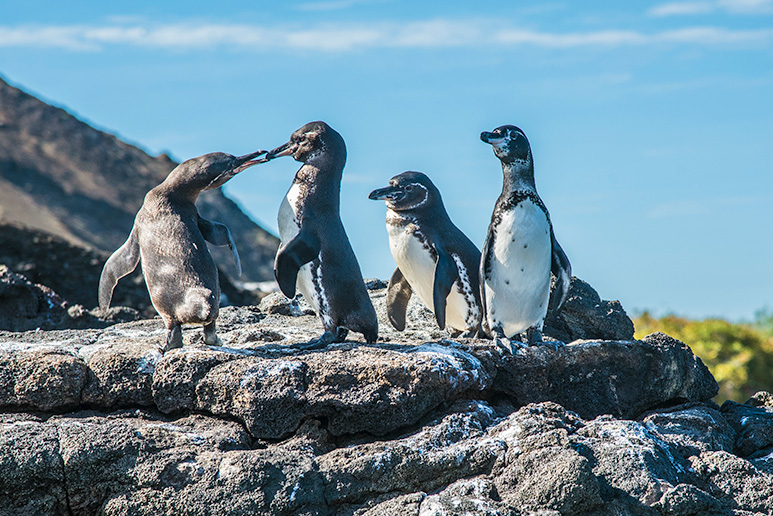 It is estimated that in Galapagos the current population is about 1,500 penguins, 90% of this population is located on the west coast of Isabela Island and Fernandina Island. In small colonies can be found in some of the central islands as the island of Bartolomé, Santiago, Floreana. (Locate these islands for yourself in this handy Galapagos map.) Today we are lucky we could find them resting on the rocks during our coastal exploration. Apparently, they were feeding in this area and decided to take a break, for our luck we found them and we were able to photograph them. 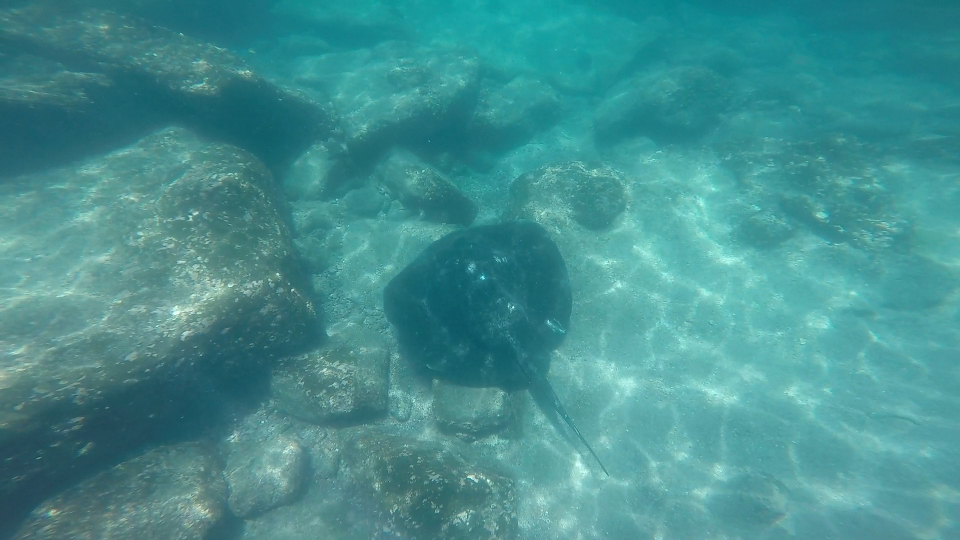 A marble ray, hanging out at the bottom of the ocean

Now it is time to enter the water, we will start the snorkeling activity in open water. We have very good visibility and the sea is calm. Within a few minutes, we came across white-tipped reef sharks. The sharks were resting on the seabed, which allows us to appreciate them and take good photos and videos. We go a little farther and find an eagle ray that crosses the coast in search of barnacles to eat, followed by a marble ray. Unexpectedly, someone has spotted a penguin in the water! The penguins decided to swim and continue looking for food. We were so lucky to be able to appreciate them while swimming and even make a video. The time has passed and now it is time to return to Yacht La Pinta, still basking in the glow of another island adventure!