The Galapagos Documentary on National Geographic

On September 8, 2016, we caught a glimpse of the Galapagos Islands as never seen before. San Francisco Park in Puerto Ayora on Santa Cruz Island staged the worldwide premiere of the most recent Galapagos Documentary on National Geographic Foundation’s, “Galapagos, Islands of Evolution.” The 45-minute documentary highlights the rich and spectacularly unique biodiversity that inhabits the Galapagos Islands, placing a particular emphasis on the marine life that has made the Wolf and Darwin islands renowned worldwide. 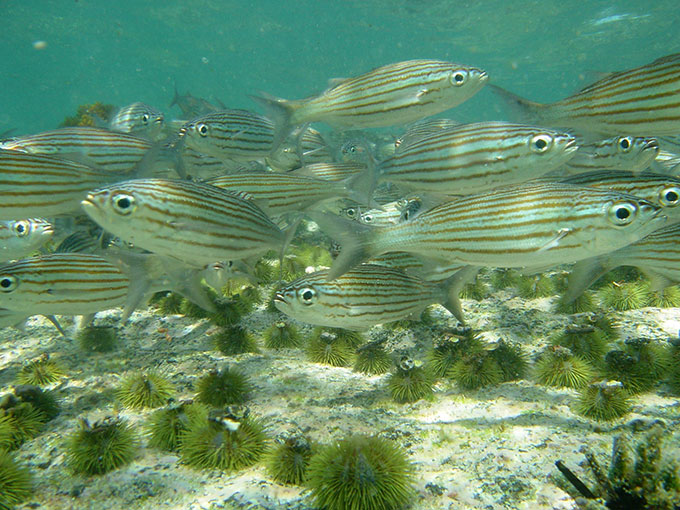 The spectacular colors and habitats of the Galapagos Marine Reserve and the world-renowned camera crew come together in this Galapagos documentary on National Geographic to create truly stunning images, otherwise hidden to the vast majority of visitors that come to the islands. Their magnificent shots of underwater Galapagos bring to life the hammerhead sharks, penguins, marine iguanas and other species that inhabit the area in a beautiful representation of this unique marine life. The documentary specifically emphasizes the diverse deep and offshore environments that surround the islands, home to animals such as the whale shark. In order to fully unlock the secrets of these dark waters, a variety of tools and techniques were used, including a manned submersible known as ‘Deep See,’ 360-degree imaging, scuba, and rebreather diving, the Galapagos documentary on National Geographic drop cameras and the satellite tracking of sharks. 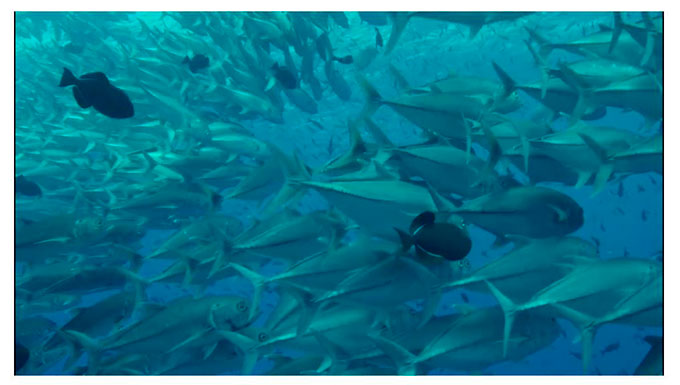 Galapagos marine reserve is roughly half the area size of Ecuador’s terrestrial surface. It’s one of the biggest in the world

The world’s oceans cover 70% of our planet and sustain every ounce of life on Earth, additionally providing over half of the oxygen we breathe and regulating the earth’s climate, not to mention the significant amount of food and employment the oceans generate. Unfortunately, a mere 3% of the sea is protected from extractive industries. Thus, it is the hope of the creators of the documentary, Pristine Seas, along with the Charles Darwin Foundation and the Ecuadorian Government who supported the project, that the video will raise awareness for the need to care for our oceans and the life they contain. As the inspirational narration states, the “Galapagos is a lot more than islands- it is unique, and if something happens to these islands, we would lose a place that does not exist anywhere else.”

Ecuador itself has protected 8.2 million hectares of its beautiful biodiversity, totaling one-third of its entire continental territory. The government has been making extensive efforts over the last decade to promote conscious, sustainable, and responsible tourism, and become worldwide leaders in conservation. Through his participation in this documentary, the President of Ecuador, Rafael Correa, calls upon other countries to work together to protect this outstanding region, one of the “most productive and biodiverse in the Pacific.” 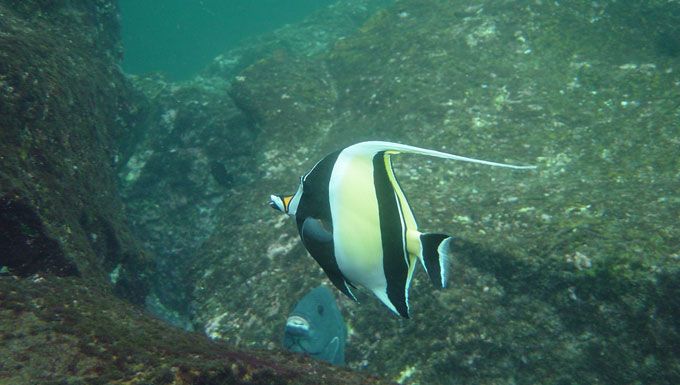 Earlier this year on March 21, the waters surrounding Darwin and Wolf islands, the two farthest away from the continent of Ecuador and home to the last surviving coral reef in the Galapagos (and also the focal point of the documentary), were declared to be fully protected against extractive industries by the government of Ecuador. The new marine sanctuary covers over 47,000 square kilometers of the ocean (including 21 additional smaller marine sites), also encompassing the world’s largest concentration of sharks. This move made the Galapagos Marine Reserve one of the largest in the world, second only to the one recently created by U.S. President Obama off Hawaii. 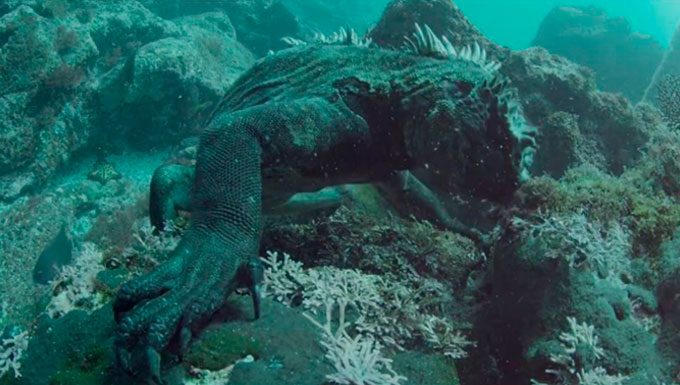 Discover all of the amazing sights Galapagos has to offer aboard Yacht La Pinta!

Pristine Seas is a team supported by the National Geographic, which is working to “find, survey, and help protect the last wild places in the ocean.” To date, the team has worked to protect more than 3 million square kilometers of ocean. This documentary is a part of this ongoing project. Sadly, very little of our oceans are protected, and while the new marine reserve in the Galapagos is an important step in the right direction, in comparison it is only a small drop of the world’s oceans that are exposed to more and more fishing every year. The Galapagos documentary on National Geographic is expected to reach 500 million people, teaching them about the hidden wonders of the natural world. Pristine Seas is hoping that this documentary will encourage other countries and individuals to take action to protect the oceans that everyone depends on.

Check these wonderful videos of experiences during the expeditions on board La Pinta Yacht: